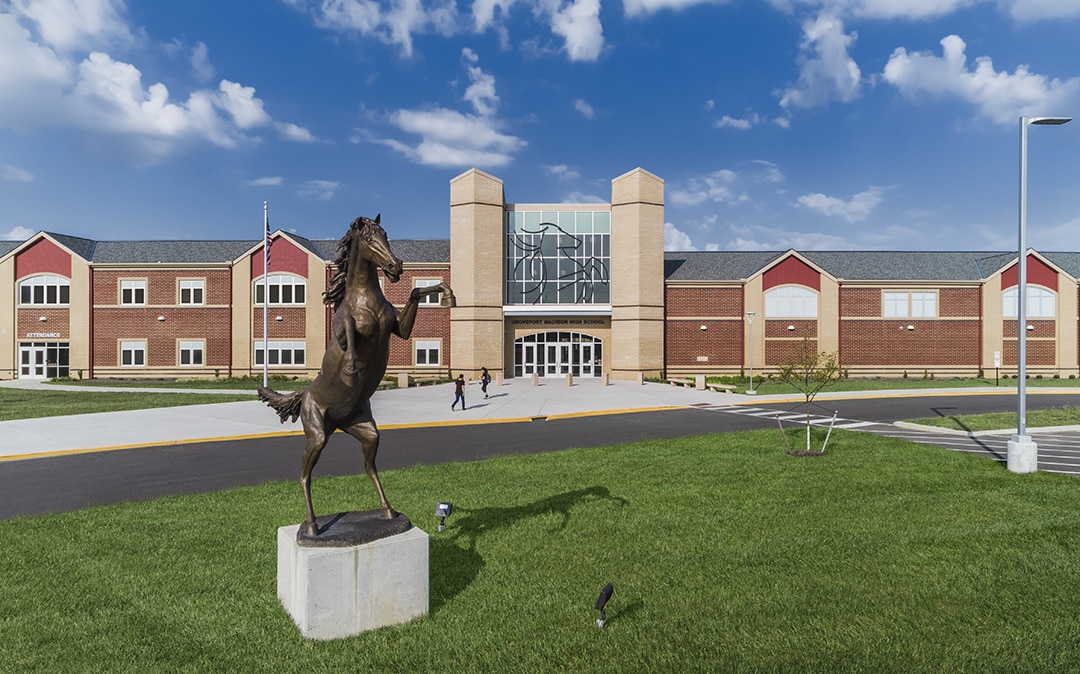 This new high school for Groveport Madison Local School District was built on the same grounds of the school it was replacing. The 250,000-square foot high school included two gymnasiums and one auditorium, as well as classroom wings that extend up to two stories. The roof is a combination of cold-formed metal trusses and steel joists supporting metal deck. Steel beams and columns are used in conjunction with concrete masonry bearing walls to transfer the weight of the building into standard shallow footings.

The Elementary houses 1,000 students in a 161,536 sf building. The facility is multi-story, with the older students on the upper floor and the younger students on the ground level. Common spaces such as the cafetorium and gymnasium are located adjacent to the classroom levels so the different grade levels can access them without disturbing other classes. Playgrounds are also separated for age appropriate activities. The building features an abundance of natural light and energy efficient systems.

To update their facilities and accommodate their growing population, Portsmouth City Schools passed a bond issue to construct a new Junior/Senior High School. This project was one of three new school buildings that the school district constructed as part of the overall project. The square footage of the total project was 390,000 square feet and the total cost for the large-scale project was $55.2 million.

As with many educational projects, the greatest challenge was designing a project that was in budget, functional, and met all of the Ohio School Facility Commission’s (OSFC) programming requirements. In addition, this project had to overcome the obstacle of combining a junior high and high school into one building. Although both schools were in one facility, each school area had to be useful for the different grade levels.

This project was extremely important to the design and construction team because most of the contractors on this project graduated from Portsmouth City Schools. They took tremendous pride and ownership in the project, which was one of the factors that led to such a great facility. The Portsmouth Junior/Senior High School became the first OSFC-funded project to receive the Grand Prize from School Planning & Management’s Education Design Showcase. The Grand Prize is awarded each year to the school design that best meets the needs of its educational program.