We are the proud winners of the Spark Columbus 2021 Spring Fit City Challenge! We won the Small Company Category with 26,647 active minutes.

The challenge tracked fitness minutes of all types - "walks with the dog, family bike rides, a yoga session, roller skating, gardening - if you're active, you're in."

Because wellness is a priority for SMBH, and many of our team members are already very active, this was a perfect fit for us. We started keeping track of all our minutes and managed to clock 18.5 days by the end of the competition!

This has been such a fun challenge for us as individuals and as a team, and we can't wait to participate in the next one. In the meantime, a big thank you goes to our team members who really made their minutes count. We're always better together! 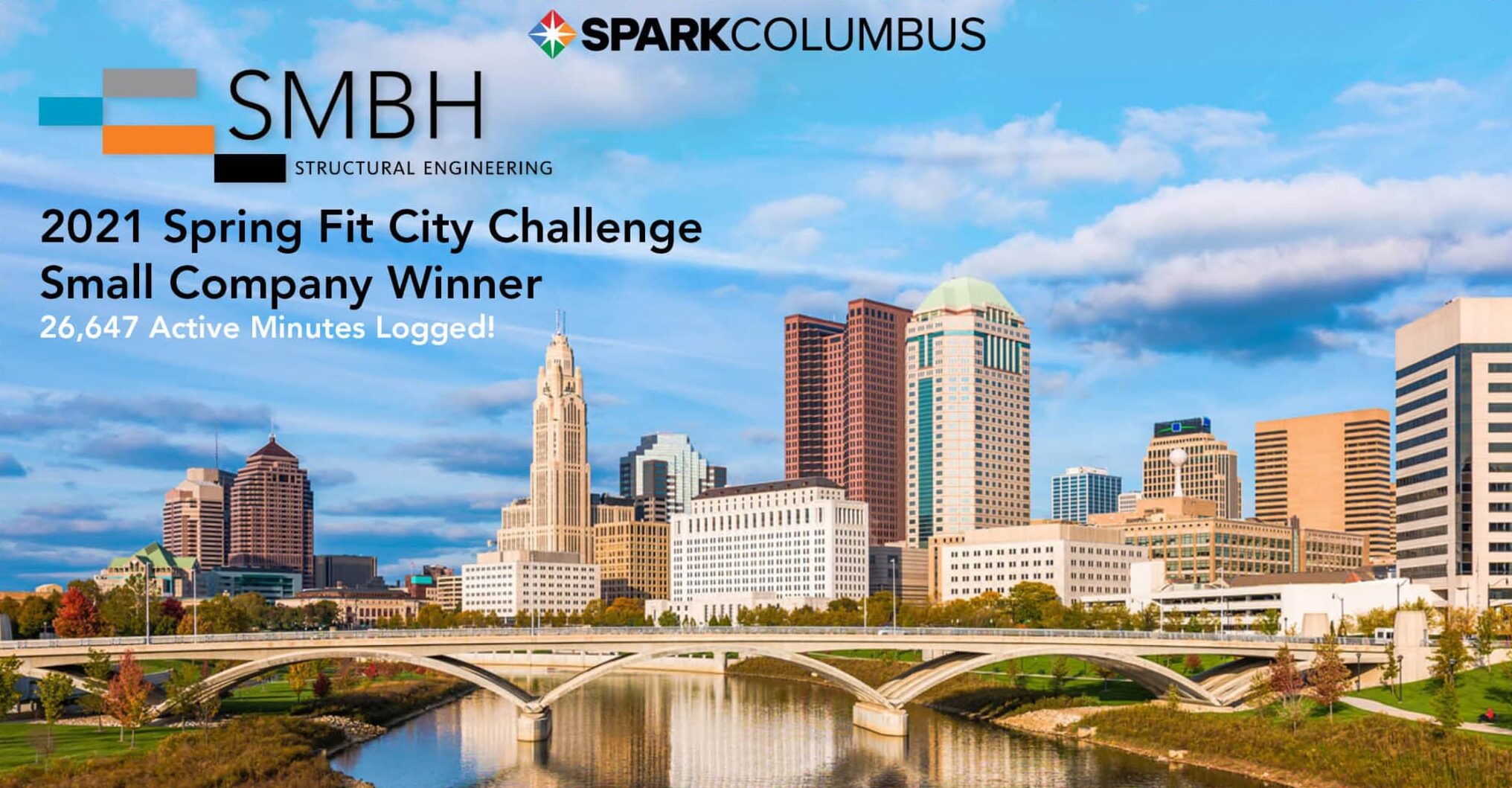 We've been lucky to add a few new members to our team, and we'd love to introduce them to you!

Melanie Hise - Staff Accountant: Melanie comes to SMBH with over five years of accounting experience, and is happily reuniting with our Controller, Dawn Becker, since they worked together previously.

Nathan Branam - Project Engineer: A graduate with a Master and Bachelor in Civil Engineering from The Ohio State University, Nathan comes to us with five years of experience in structural engineering.

Evan Schroeder - BIM Specialist: Evan comes to SMBH with an Associates Degree in Architecture from Columbus State Community College, 4 years of service in the US Army, and three years of experience in the Architecture/Engineering/Construction industry. 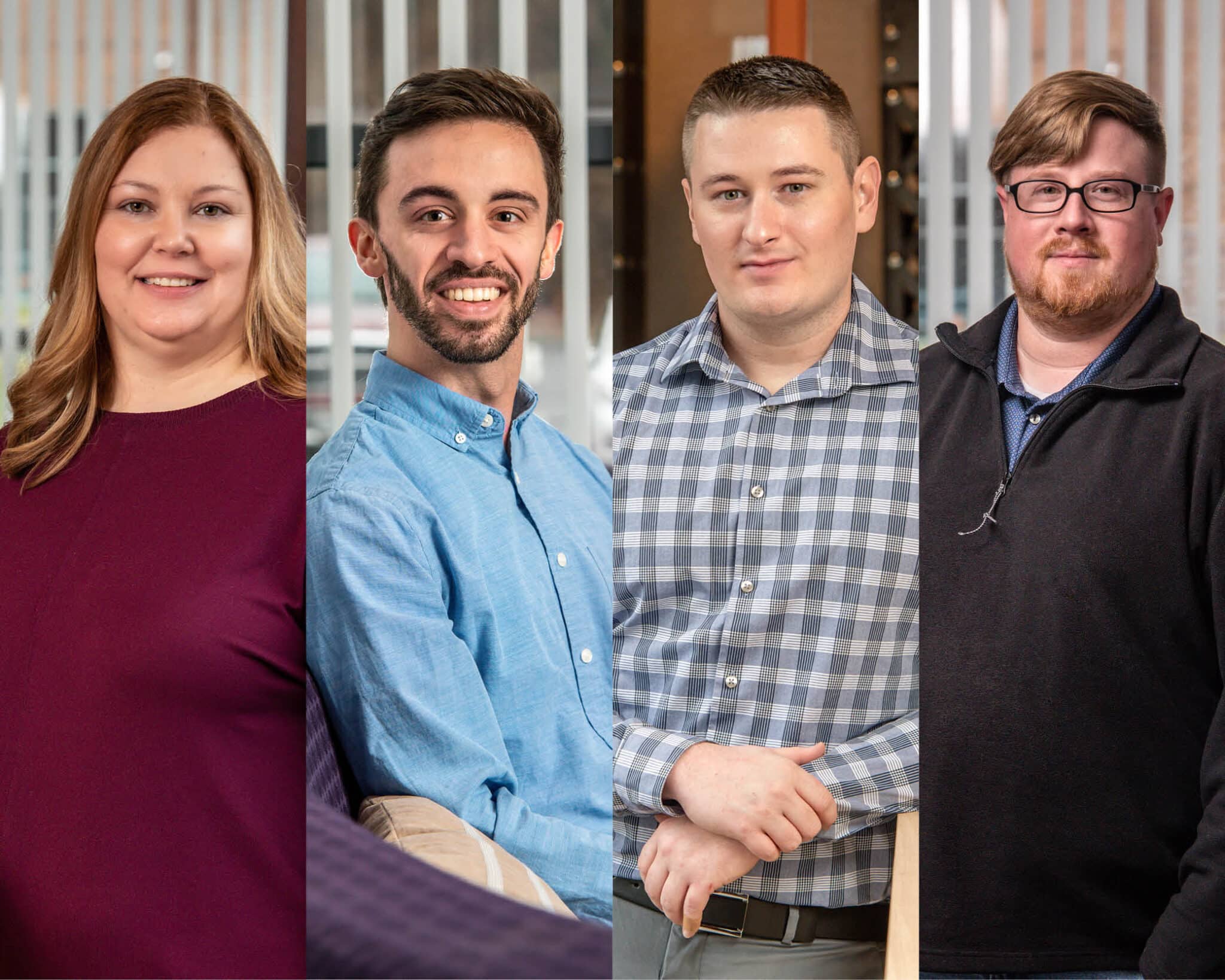 Let's be real for a minute - the past year has been hard for everyone. Masking up, social distancing, working from home, and missing our friends and family is brutal. Since so much of our culture at SMBH is about being together, it's been difficult to connect with one another without our normal events. Though we've all found little ways to reach out and be there for one another despite the digital distance, it's just not the same. But while we're missing our bake-offs, cook-offs, cookouts, pi days, and lots of other things, one thing we could take virtual was our (little-known) in-office jam session.

From time to time, a small group of our team members have casual jam sessions during lunch in one of our conference rooms. Mike, Jerry, and Kevin usually play guitar, while Ebiji plays the keyboard, Ryan plays something as a drum, and the rest of us sing along. One of the most played artists at our jam sessions is The Beatles, and we felt their song "With A Little Help From My Friends" would be a fitting cover for our COVID Zoom Virtual Jam Session. So, here's our team - each of us making our individual contributions to help us all get through the pandemic together.

Bob is an SMBH cornerstone. He is the “B” in SMBH. We have named a conference room after him; we call it “The Bob”. He hosts team members’ baby showers in his home. He participates in every fun office activity we do. He is always ready with a joke, some good advice, and a supportive demeanor. He is also a brilliant engineer, mentor, and leader.

In Bob’s 39 years working with SMBH, his role within the firm has evolved and changed many times – culminating in his most recent title of Vice President + Principal. We have grown and accomplished amazing things under his leadership and guidance. So, it is with much excitement that we announce Bob has decided to move onto the next step in his career by changing his role to Senior Project Engineer.

While Bob will be handing off the baton as owner and principal, he is now assisting and supporting our teams wherever possible. This help will doubtlessly take many forms, including continued mentorship, independent reviews, quality control and assurance, and leading investigations, feasibilities studies, and peer reviews.

We are happy for Bob to move into the next stage of his career and are extremely grateful that he will continue to work with us in his new role. The institutional knowledge and experience that Bob contributes to SMBH, and each project he works on, is one of his many great strengths, and we are privileged to continue to benefit from them. Bob is one in a million, and we are so glad he’s ours. 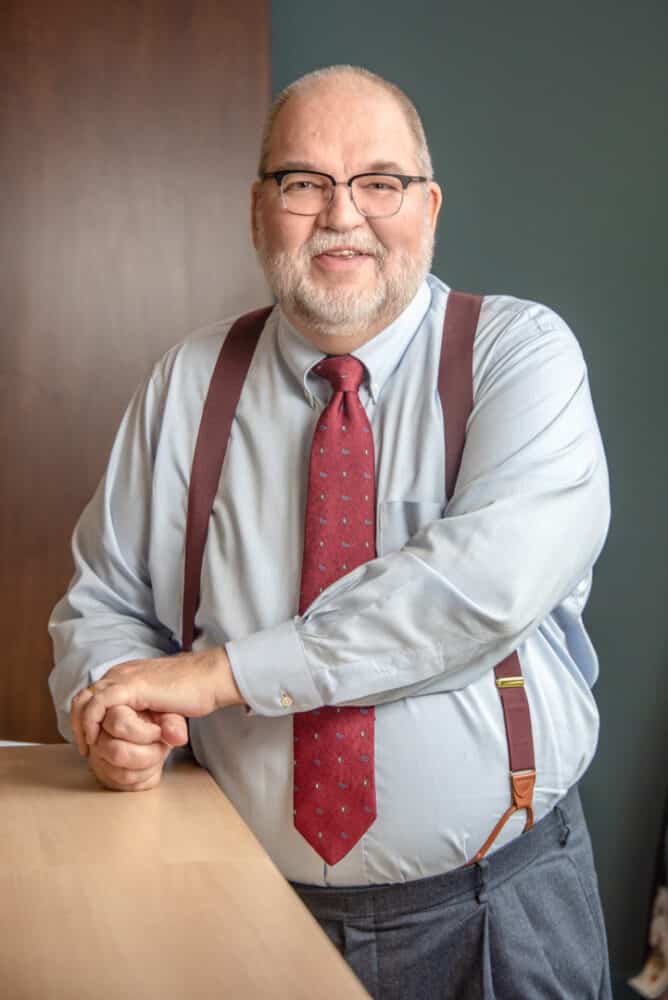