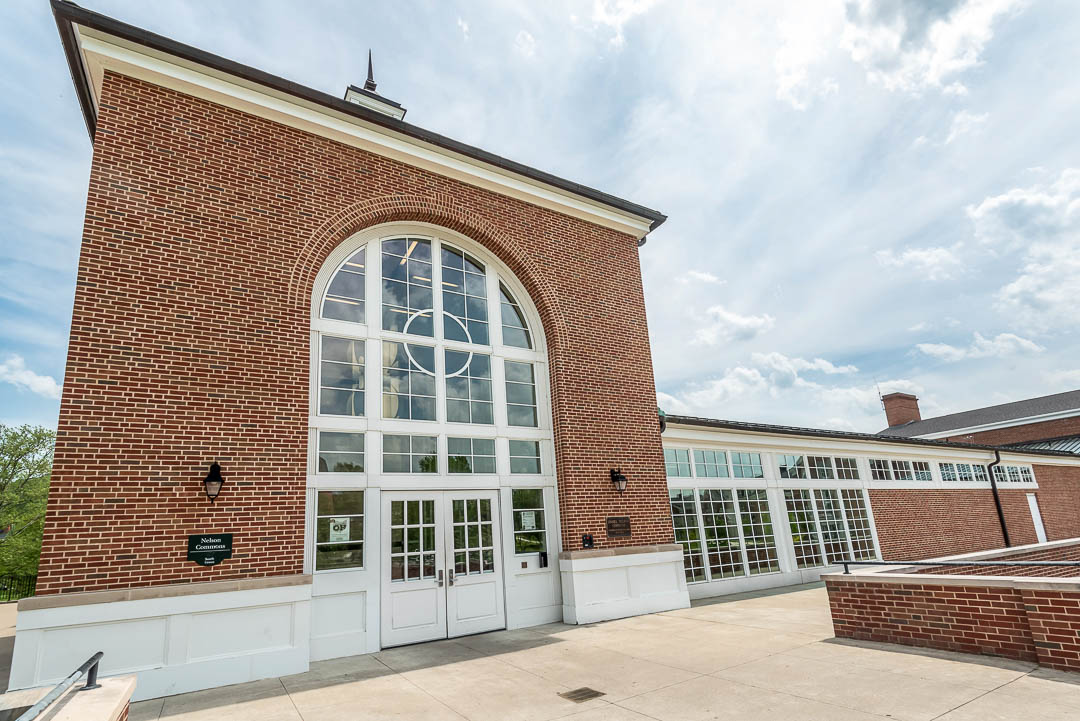 Phase 1 involved the renovation of the dining and food service facilities housed within the building on the South Green. Additional skylights, a revised front entry, and a new mezzanine for mechanical equipment were included in the project. Phase 2 included the removal of two columns, a new entry with a ramp and steps, and a new loading dock.

This project entailed only a partial renovation of interior spaces and mechanical systems.  The project encompassed the addition of two elevators up through the building and two connector bridges at four levels at the north and south ends of the structure.  The project also involved a new ADA ramp on the Court Street side.

The Ridges is a former mental hospital that has been renoved to house a part of the Ohio University and he Kennedy Museum of Art, an auditorium, and many offices, classrooms, and storage facilities. SMBH has been involved in many of the renovations - at least 13 different projects.

The Ridges Childcare Facility involved conversion of an historic horse stable facility into a modern child care facility. The original brick and wood frame building was constructed in the 1870’s. It has fallen into a state of disrepair due to neglect and significant settlement of a portion of the building. the settlement resulted in large cracks in the brick walls at one end of the building. our work consisted of an on-site survey to document the existing conditions, preparation of a report on our findings and preparation of construction documents for the renovation. Modifications were required for the existing second floor framing in order to correct load capacity deficiencies and helical drilled piers were used to abate the settlement problems. The work involved extensive repair and renovation of damaged exterior brick walls, underpinning of existing walls, replacement of deteriorated wood framing and a small addition that matches the character of the original building.

The Ridges Pedestrian Portal was the construction of a grade level passage way connecting the front and the interior courtyard of the old State Psychiatric Hospital constructed in 1869.  The character of the original façade was preserved.  Removal and replacement of the existing first floor structure as well as the creation of new openings in very thick brick masonry walls were required.

Built in 1959, the five story building was originally used for Botany, Geography, Geology, and Psychology departments. Major renovations and repairs were made to the building in 1993, and it reopened in 1994. It contains classrooms, computer labs, health clinic, headache clinic, faculty and staff offices, and conference rooms.

The four-story, 30,000 square foot addition houses laboratory and classrooms for the Psychology Department.  The building structure is a steel frame resting on an auger cast pile foundation system.  The masonry facade was detailed to match the existing building.